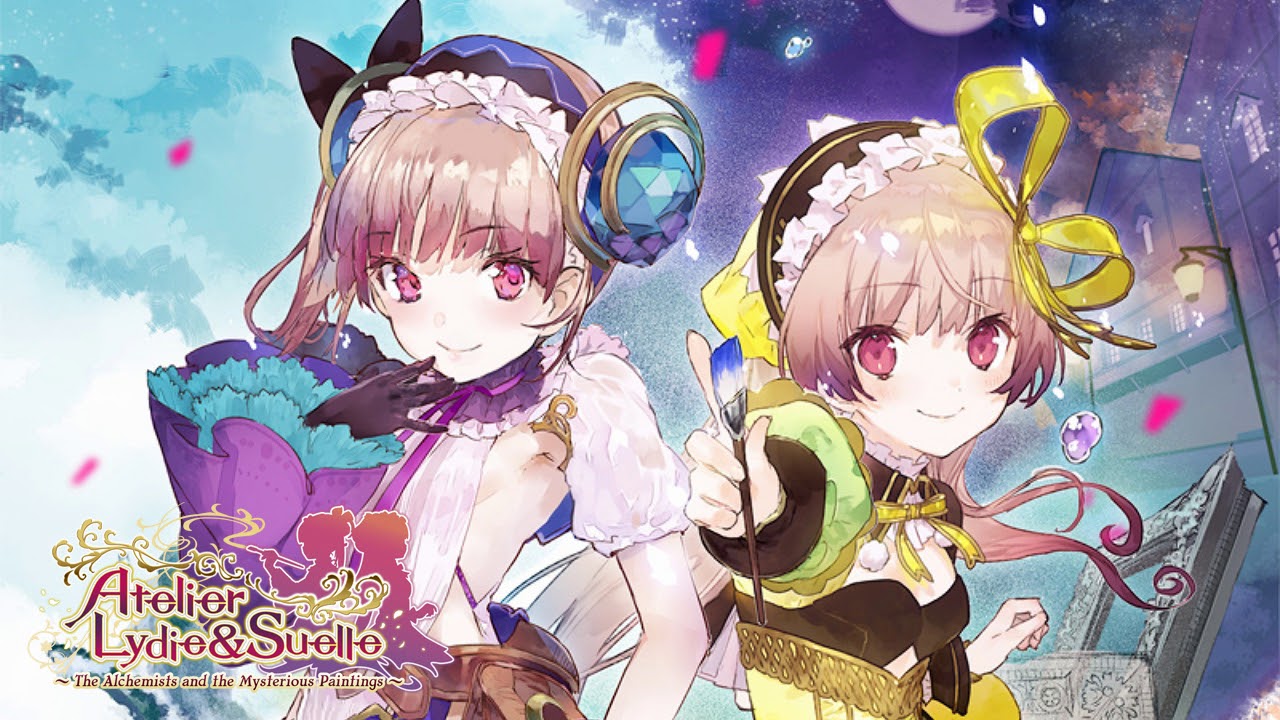 With a new year, I decided to take a look at the upcoming releases for the Switch in 2018 and make a few suggestions as to what games girls should be looking out for in the year ahead. (There may be a few games that released in Q4 of 2017 also on this list as I wasn’t sure of a few of the release dates). Enjoy! And leave me a comment to let me know what games you’re looking forward to on the Switch in 2018. 🙂 I’ll also soon add a list like this for PS4 and PC games as well.

Originally scheduled for a 2017 release, and part of our Top 2017 Nintendo Switch Games for Girls list, Octopath Traveler blends gameplay elements from 16 and 32 bit classics such as Chronotrigger and Saga Frontier. The retro game feel is sure to appeal to many visitors of this site. But that’s not all, Project Octopath Traveler also offers a variety of endings and a branching plot line that is shaped by decisions you make within the game.

He’s pink, cute, and the gameplay is fun. Kirby has been a fan favorite of Nintendo gamers for several decades now. In his new adventure, up to four players can join in and you can combine different power ups, as demonstrated in the Nintendo Direct Video above.

Toe Jam & Earl was a childhood favorite of mine. I spent countless hours (or days, or weeks) playing the original two games on Sega Genesis with my best friend. It’s one of the best multiplayer games of my childhood and this new take on the classic, originally slated for 2017, will grace Switch consoles now in 2018. For those unfamillar with the franchise, you run around colorful crazy worlds with zany characters and crazy powerups playing as 2 funky hiphop aliens.

My Time At Portia is a cross platform title that features sandbox gameplay in a large open world enviornment. It blends together many gameplay elements from Harvest Moon, Stardew Valley, Rune Factory, and Atelier. In this game you can raise animals, grow crops, and restore an abandoned workshop. The developers say the game takes place in a post apocalyptic world where humans are few and that you search for relics from the past to create inventions for the betterment of society. Also just like in Harvest Moon and similar games, all of the NPCs have their own schedules, they will go to work, school, and have their own stories for you to discover by interacting with them.

This is perhaps an interesting one to make the list. Avabel Online is a free to play MMORPG that is already available on many platforms, including Android and IOS devices which makes it already portable and playable on the go. Despite that, I’m including it in the list because I do think the gameplay will appeal to girls. Right now, for example, they are running a special Sanrio promotion (makers of hello kitty). You can get cute (sometimes strange) items to decorate your house or dress up your characters. https://avabelonline.com/landing/sanrio

A Shopkeeping RPG Simulation game with retro style graphics. You can explore and fight for valueable treasure, as well as craft your own items, and then sell them in your shop. You can also communicate with the NPCs to discover what items they want to purchase. The dungeons are procedurally generated and present new challenges and new loot each time.

7.) Atelier Lydie & Suelle: The Alchemists and the Mysterious Paintings

Coming in March 2018, Atelier Lydie & Suelle: The Alchemists and the Mysterious Paintings is the first Atelier title to hit the Nintendo Switch. Atelier games focus on gathering ingredients and crafting new items. As you can see from the trailer, they feature beautiful anime graphics, and deep stories. Their gameplay is often long, and at times it can get tedious, however, for those who love crafting and exploring, Atelier offers the ultimate crafting system.

This game looks beautiful, and it is inspired by many classic JRPGs. It features action combat and extensive skill tree customization as well as a light hearted humorous story line. You can enchant and upgrade your equipment, as well as interact with your party members and NPCs.

With a level cap of 999, and tons of equipment to collect, Revenant Saga looks to offer some incredible replay value. The ability to tranform in battle and unleash special powers makes combat fun and exciting. While the cute and colorful graphics and dark fantasy story are sure to appeal to fans of classic JRPGs.

The retro style graphics appeal to me (and probably most of the readers of my blog). But what really appeals to me is this statement that the Devs make about the storyline: “You will be brought to tears as you uncover the twists and turns in this emotionally story-driven experience that will leave you shocked and surprised as you discover the secrets the world of Touchstone has to offer.” – I am a sucker for a heart tugging story. The Devs also indicate that “The Untold Legacy sets out to recreate some of the most heartfelt and gut wrenching moments imaginable.” These two statements make me very interested in this game.

This game features an art style similar to Paper Mario, and the main character is the lovable, Yoshi, the green dinosaur who first debuted in Super Mario World. The colorful graphics and addictive platformer style gameplay make this game perfect for our list of 2018 Nintendo Switch Games for Girls.

With a 9/10 and “Very Positive” Rating on Steam, this anime style hack-n-slash RPG is coming to Switch in 2018. The gameplay is reminicessent of several of the newer Hyper Dimension Neptunia games. The local 2 player co-op makes it perfect for the Nintendo Switch. And playing as the cute anime girls make it a game girls will love to play together.

A “Raising Sim” similar to games such as Princess Maker and Graduation 95. Gematsu has an excellent article detailing how you will train your princess in this new 2018 Nintendo Switch Game. Basically it involves scolding or praising your princess at various times, for example during conversations or while exploring dungeons. The story and characters change based on your decisions and how you raise your princess. The princesses each have various parameters that you can train to unlock new skills or increase their stats to help them in battle.

15.) Legrand Legacy Tale of the Fatebounds

Legrand Legacy Tale of the Fatebounds is an impressive indie title with full 3D cinematics and FMV cutscenes. It features tactical turn based combat and interesting city building and mini game mechanics. I’m really looking forward to this title which releases later this month (January 2018).

I haven’t taken time to organize these recommendations in any kind of “ranking” system, but if I had to pick just one game on this list to play in 2018 it would be Shin Megami Tensei V. Atlus’ dark RPG franchise that sparked the Persona spin off games is one of my favorites.

This looks like an anime brawler with cute girls and exciting special moves. It’s visually very pretty and looks like combat will be fun too.

This humorous RPG launches in February 2018. The tale begins at the end, as you are facing the demon king, but suddenly you’ve lost all of your memories. From there, regain your memories, remember who you are, where you’re from, where you’re going, and your reason for fighting the demon king. The cute and colorful graphics and retro feel are sure to appeal to my readers.

With gameplay reminiscent of Zelda or Castlevania, this action RPG features a story and game world that draw inspiration from Mexican culture. The gameplay trailer above shows various abilities and fighting styles, including the ability to transform into different animals.

21.) Yono and the Celestial Elephants

How could this game NOT make our list??! Look at that elephant. LOOK AT IT!! Has there ever been a cuter video game character in the history of video games? Nope. This adorable little game looks kawaii and charming AF and seems to have some fun puzzles to solve too.

Play as a traveling bard in this cute, happy, colorful paper-cut-out style world. Coming in early 2018.

This puzzle game features gorgeous artwork and requires some outside the box thinking. The soundtrack is also lovely and I’ve heard the story is quite sad as well.

Wargroove promises to be easy to pick up, but difficult to master. Up to 4 players can take control of an army and command it to victory. The colorful retro style graphics really look great and gameplay looks fun and interesting.

An Action RPG in Which Money Makes the World Go Round. That’s what Nintendo has to say about their latest RPG that lets you bribe monsters to fight for you. Many are comparing this game to Tingle’s Rosy Rupee Land – a game which I’ve never played (nor even heard of).  The colorful and cute graphics caught my eye. I’ll be checking this one out in 2018.

Nintendo promises new content and features in this release. “Combining both Fallen Legion: Flames of Rebellion and Fallen Legion: Sins of an Empire for the first time on one console, Fallen Legion: Rise to Glory includes all new art, Exemplars, monsters, bosses and challenges not found in the original releases. I’d somehow not heard of this game until now, so now seems the perfect time to pick this one up.

From the creators of I am Setsuna, comes a new JRPG for the Nintendo Switch in 2018.

Originally part of the 2017 Top Nintendo Switch Games for Girls, this title got pushed back to February 2018.

Fan favorite, and often requested, a new sequel in the Mega Man franchise is arriving on Nintendo Switch in late 2018.

Perhaps one of the most exciting announcements, and why I saved it for last, is that a new Bayonetta Game has been announced and it will be available ONLY for the Nintendo Switch.