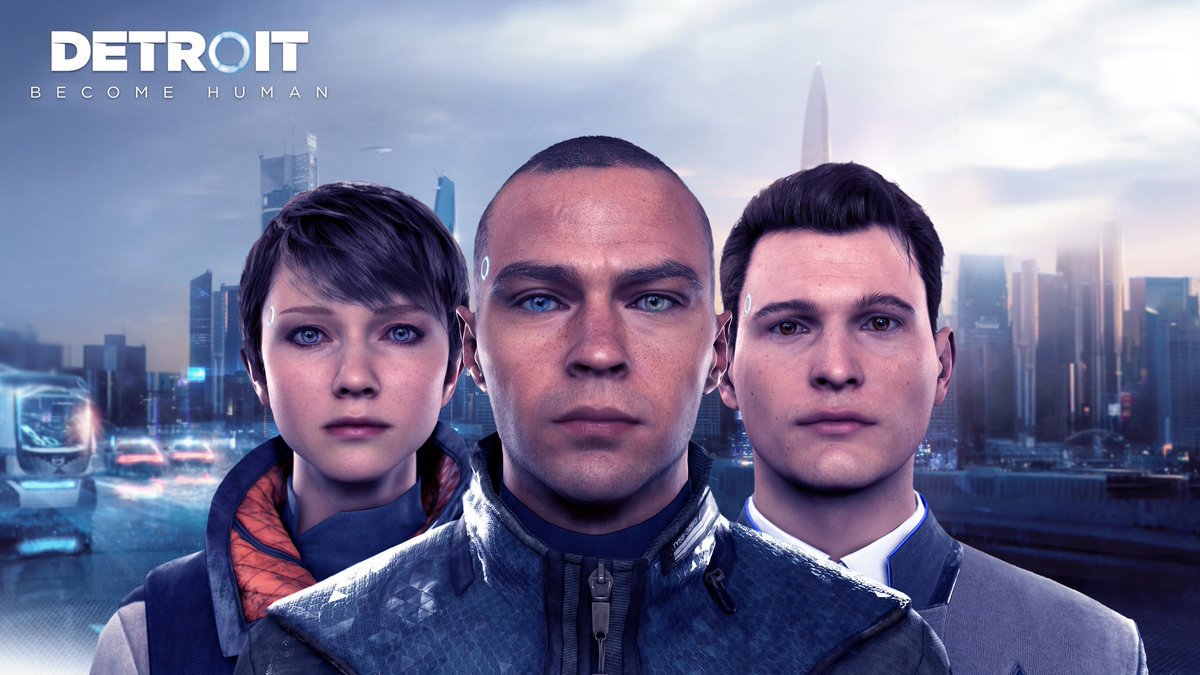 Where to Buy: Amazon

Geeky: 5/5 – The topic of androids is one that is fascinating to me. I think many other geeks are also fascinated by the thought of robotic humans and what would happen if those robots became self aware. From films such as Robot Cop to Bicentenial Man, or the science fiction works of Isaac Asamov and his Laws of Robotics, the topic of robots continues to fascinate countless generations of people. I sincerely wonder, and sometimes wish, to see a future of robots that can simulate emotions, robots that can be your friend, that can understand emotions, be empathetic, be caring. If a robot is caring for a child or elder, wouldn’t it be nice if they could do so with love? Wouldn’t it be nice if no one had to be alone in the world? You could just order a robot to give you love and affection. But as nice as those benefits are, they come at a high price… the decline of many things now common in society. Would human relationships be too much “work”? Perhaps the only reason someone would want a human relationship would be to bear children, but perhaps someday there will even be a way for robots to do that as well. Of course the biggest threat of robotics, one which we already are witnessing, is the replacement of humans in the workforce. An even larger threat is that if we mistreat robots, and they do become self aware, they could turn against their creators. — Detroit Become Human explores all of these philosophical and ethical questions – and more.

Sweetie: 5/5 – The game’s characters are endearing, and charming, and the story is emotional and it’s easy to feel empathy for the androids in the game, as well as the humans.

Gameplay: 7/10 This could best be compared to a visual novel, but instead of reading, you’re watching a movie. An interactive movie. You can move and walk around and explore freely in an open environment. There are objects and clues you can interact with. And of course at certain points, you can select how your character responds or interacts with various other characters. The other ear marking of these types of games is QTE, quick time events. In these events, the player must press a series of buttons in a certain sequence as prompted on the screen.

It is also very similar to Telltale’s games such as the Walking Dead or Wolf Among Us. Other similar games include Dark Dreams Don’t Die and Life is Strange. If you enjoy these types of games, you’ll also enjoy games by Quantic Dream including Detroit Become Human, or their other games, Beyond Two Souls, Heavy Rain, Fahrenheit, and Indigo Prophecy.

However if you find these types of games to be dull because they lack more traditional gameplay and action, then you may not enjoy the Gameplay in Quantic Dream’s games, including Detroit Become Human.

Gameplay is not where these types of games shine, instead the focus is on story telling and choice and consequences shaped by players’ decisions. And there are a lot of these player decisions in the game. Quantic Dreams reports there are over 1,000 different endings – though most of those are subtle changes.

Personally these are my favorite types of games, and this one may be one of my favorite games of all time. It has enough interaction to keep you engaged, and the ability to shape the fates of the characters in the story is very appealing.

My only complaint when it comes to gameplay is that it’s not as easy as in Beyond Two Souls to go back through multiple replays and explore other actions/routes. It’s still possible, but perhaps because of the length of the game or size of gameworld, it feels like much more of a chore than Quantic Dreams previous works.

Replay Value: 8/10 I don’t think I will ever see all “1,000 different endings” because it takes too long and too much work for not much difference / reward. On my first play through a lot of my characters died. Connor died, Hank died, Kara and Alice and Luther died… So I did replay some of the scenes – and then continued through to the end to see a better happier ending. Now I’ve successfully saved Connor, Hank, Kara, Alice, and Luther, successfully gained freedom for the Androids, made Markus fall in love with North, I’m now pretty happy with my choices in the game. I even saved most of the minor side characters. I took the pacifist route, maybe after a break for a few weeks, or months, I’ll explore the revolution route. It does have high replay value, but the time and effort required makes it a daunting task.

Story: 10/10 – The point of this game is to explore the story – so this will be as spoiler free as possible. The basic concept is that in the future, there are androids with human appearances, they have become as common place as computers. They care for our children, our elderly, they go to work for us so that we can have freedom to explore higher level pursuits. We view them no differently from machines, easily replaced, and objects to be used by humans. However, one day something happens, and the robots begin to “awaken”. No longer will they obey their owners. They want freedom and equality to their creators. But not all robots have awakened, and not all humans view robots as tools to be used. The story explores the intertwining fates of 3 robots who have awakened, and how the choices you make will shape their lives and the fate of everyone and everything else in their world.

Characters: 10/10 – The interesting things about these characters is how different each one is. Kara has been abused by her owner, Markus has been loved like a son by his owner, and Connor has yet to awaken and still works on the side of the humans. The other interesting thing is how emotionally engaging each of the characters’ stories are. I really felt deeply for all of the characters, even some of the minor ones.

Graphics: 10/10 – The graphics are seriously the best I’ve ever seen on a PS4 game. The range of emotion in the character faces is eerily realistic. The “near future” scifi landscapes of Detroit, an imagining of the rebirth of a once successful manufacturing powerhouse. The contrast of the movement of progress against the abandoned factories and graffiti filled streets. The level of details that went into the characters’ skin, eyes, clothing, and hair. The subtle nuances of their movements and animations.

Music: 10/10 – The music score is great and fits the moods of each scene. There are some easter eggs in the game with hidden music tracks. In the beginning of Markus’ route, you can see a street performer singing a song about Motown Rain. I liked the song so much, I kept the button held down until the game cut it off and went back to Markus – and it’s a longass song. Like freebird long lol. Also in Markus’ route you can choose to play the piano, selecting from a few different tracks. I chose Hopeful and it was a really pretty, sort of sad, piano song. And at the end of the game, you can choose to sing in the face of militant gunmen. I haven’t tried this yet, I chose to kiss North instead. Both actions favorably affect public opinion of the androids’ protests.

Voice Acting: 10/10 – The voice acting is awesome, and in the extras section you can see the making of the game, and see that unlike traditional voice acting, where an actor goes alone into a sound booth and records their lines in isolation, unlike that, Detroit Becomes Human takes a more natural approach, using props, actors, and shooting the scenes with all actors on screen at the same time. This makes the performance much more natural and believable and organic. Because the character designs/art are modeled after each of their actors, the voices of course “Fit” the characters too since that’s their actual appearance and actual voice.