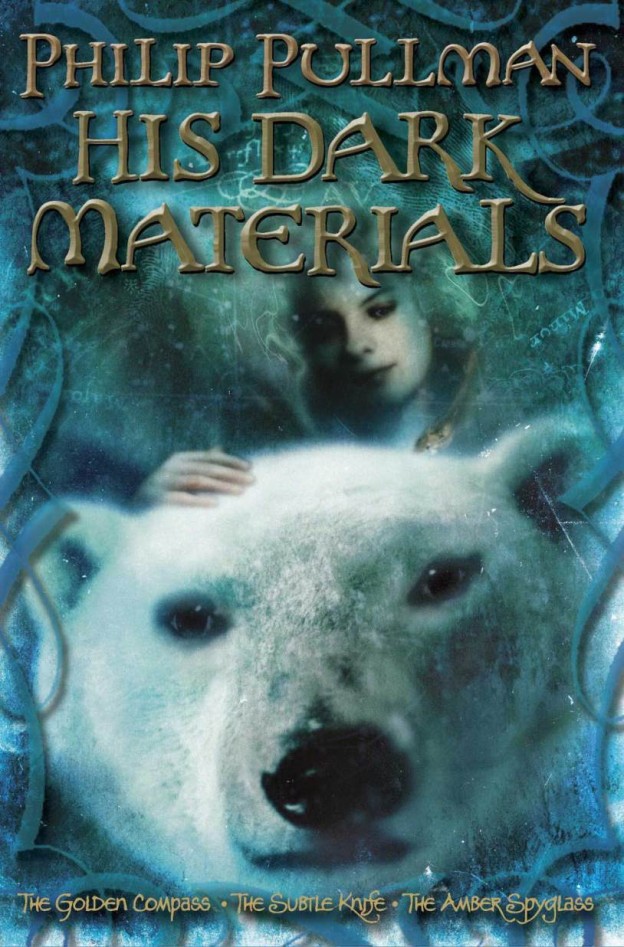 According to this article on Time.com Golden Compass Fans are about to get the sequel they’ve always wanted. Kinda. Am I the only person that actually LIKED? no… LOVED the first movie? I’ve been DYING to see what happens next! (and no I haven’t read the books, sorry, I’m not a big “reader” these days. (I used to be, when I was in highschool, before this thing called the internet, which I think, kinda killed my attention span lol. ) (Not that I would never read a book these days, but I prefer watching movies, and sitting on my fat ass eating bag fulls of popcorn lol.). (mmm Popcorn (my favorite, its even better than chocolate)…)

Ok so anyways, I digress. This exciting announcement just went viral today that thanks to the BBC network, we’re about to get to see Philip Pullman’s whole trilogy in a TV series format. The trilogy is comprised of three novels, The Golden Compass, The Subtle Knife, and The Amber Spyglass.

The story follows Lyra who inadvertently gets dragged into a war much bigger than herself. It features fantasy, and magic, and is often criticized for taking a very dark/negative view of religion. Pullman is a very vocal aethist. It’s even rumored that because of his “fight against religion” as the main reason New Line Cinema did not move forward to complete their trilogy of boxoffice movies.

I wonder if perhaps, if this TV series does well if we will see a reboot or perhaps the sequel we want from New Line Cinema. I thought the Golden Compass movie was every bit as good as Lord of the Rings, another New Line Cinema book to movie “triology” (or sixology I guess lol).

What I really liked about it was the strong female lead (I mean, yes, she was a child actress, but when compared to books and movies like Harry Potter who are “afraid” to put a woman in the main role or books and movies like Twilight which feature a very weak female, Lyra is a very adventurous and strong little girl with a big heart.) I also totally dig the concept of the animal companions which come from the children’s magic and abilities. Some of the different races are in fact animals with sentient minds such as the Polar Bears, etc. I also really like the underlying themes of family and what “makes” a family. Lyra’s mother is not a perfect mother, and her father is not in the picture, but appears to love Lyra very much. It’s an interesting, modern, and sometimes true interpretation of what a family unit looks like in this day and age.

I don’t see any word yet on how many episodes this new BBC TV series will be. I’m hoping it will be nice and long 🙂 At least 3 full TV seasons. But I’d be okay too with just a 3-part miniseries. I just want to know how the damn story ends without having to read the book. lol. I could skip ahead, etc, but where would the fun in that be? I already know the main gist anyways from reading online, but it’s not the same as “seeing” it myself. 🙂

The series will be produced by “Philip Pullman, Jane Tranter and Julie Gardner for Bad Wolf, Toby Emmerich and Carolyn Blackwood for New Line Cinema, Bethan Jones for BBC One, and Deborah Forte for Scholastic”. (according to the Times.com article linked to at the beginning of this post)

Since New Line themselves are getting involved in this TV Series, that makes me want to hold out hope even more for them to bring it on back to the BIG SCREEN.

I hope beyond hope that this TV Series really takes off and does well!! And then I hope New Line Cinema will bring back their big screen trilogy too.