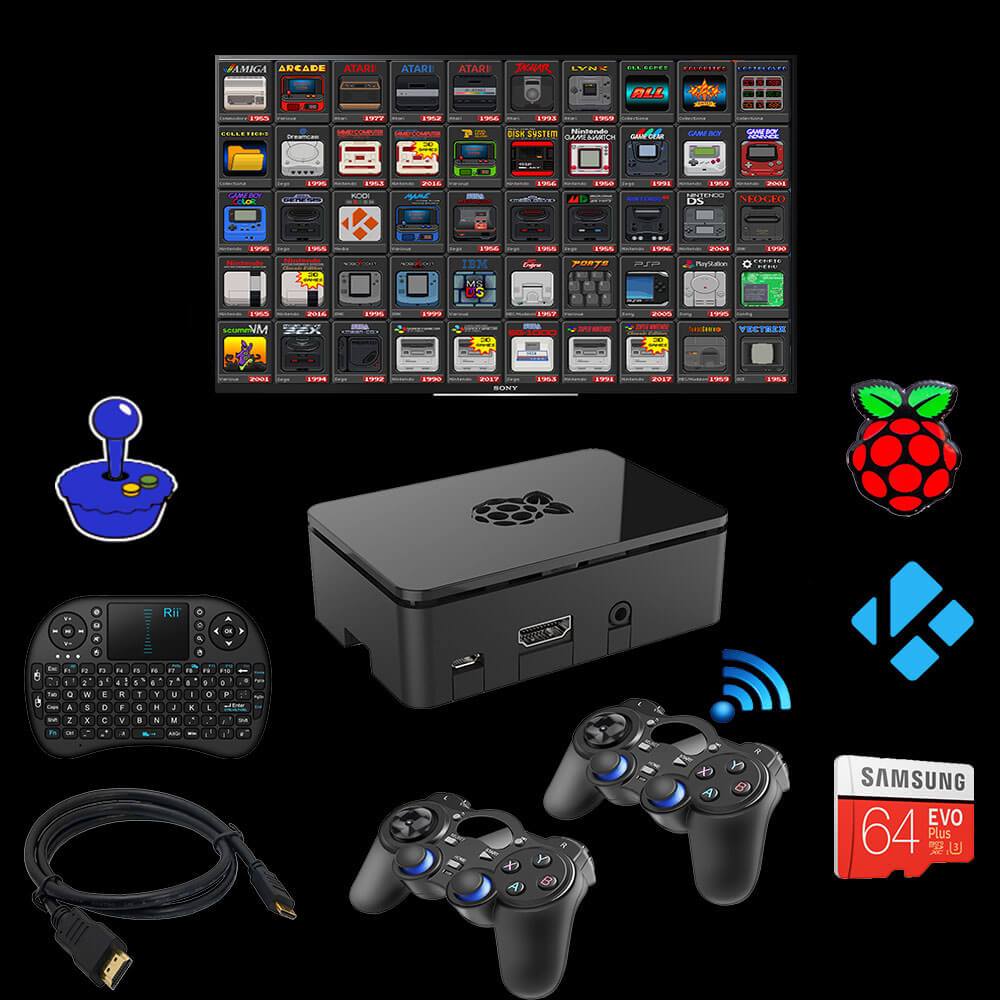 This is not a sponsored post. I decided to purchase a Raspberry Pi with Retro Pi, Emulation Station, Kodi, and some other goodies pre-installed. I purchased mine from Retro Gaming House. https://www.retrogaminghouse.com/collections/retropie-emulators

The one I ordered came with 2 controllers that look a lot like PS4 controllers and a wireless keyboard. It had a small 32gb micro sd card with all the software pre-installed. They say they use their own skins and stuff too but I’m not sure if that claim is true or false.

It does have some surprisingly rare games. Lunar Walking School is on there, but not Lunar Eternal Blue or Silver Star Story. Lufia is on there, including an unfinished Sega Genesis version that I didn’t even know existed. Some of my old favorite cartridges and CDs are on there, like Final Fantasy, Tactics Ogre, Chrono Trigger, Earthbound, and Breath of Fire, just to name a few. And fun childhood memories of games I grew up with like Sonic, Ecco, Mario, and more.

Shipping was fast, arrived in less than a week. I began doing research on Retro Pie prior to receiving my console and I was already confused. I sent an email to their customer service team about how to install my own copies of roms onto their systems.

Initially, their customer service team responded within a day or two with a tutorial on 3 ways in which to get my own roms onto the console. When the console first arrived I was so excited that I didn’t try right away any of these methods as there was plenty to play already installed – and still is plenty to play too.

But after a week or two, I did want a nice way to play my retro games, which I do own, but it’d be nice to have them all on one HDMI ready tiny console. This thing is so tiny it fits in one hand. In fact you could probably fit at least 3 or 4 of them in one hand lol.

So I became more determined to load my own games. And here is where the misery begins.

So according to the guide the store sent me, as well as everything I’ve read online, I’m doing everything right.

I don’t think I’ll be able to add my own roms and I am disappointed as it is missing quite a few that I would really like to play.

The whole process is way more technical than I’m comfortable with.

STILL…. In the end…. for $150 for the console, the 3,000ish games that came pre-loaded, and the controls and wireless keyboard (controls work fine, wireless keyboard i dunno lol maybe not working). But still I feel it’s a good value.

If I’m having THIS much trouble trying to just transfer in some roms, I can’t imagine I could have ever loaded retro pie and emulation station and everything else on my own. No way.

Aside from not being able to load my own roms, there’s other issues as well, edges of the screen in menus (not within games, but pretty much anywhere else) are ever so slightly clipped off making it hard to read certain things sometimes – it’s rare, it only happens in a few screens, which I wouldn’t have seen unless trying all these settings and config options to get my own roms loaded.

The other big issue is the controls can be reconfigured to your preferred layout, but it is really sensitive and buggy. I just left mine on default settings, which maybe in Asia and/or Europe, is backwards from the USA. I keep wanting to press the bottom left button (X) to confirm, and the bottom right button (O) to cancel, because that’s how it is on almost every console in USA. but on this console it’s reversed. X cancels and O confirms…. SOMETIMES…. and other times… in certain games/menus it’s reversed AGAIN – back to the American way. That drives me a bit batty. But is a minor inconvenience.

It came with little to no documentation. And everything needed batteries which was another minor inconvenience. I looked up documentation online and after some fumbling around was up and running in under 20 minutes. But this transferring in my own roms thing still not working. I’ve reached out to the seller, and also am asking around in online communities trying to get it sorted out.

I would say…. yes it’s worth buying…

If you are technical enough, save yourself some money and mod your own raspberry pi unit.

But if you’re lazy and/or not technical, go ahead and buy this.

I have read mixed reviews about controls not working or the console not working, but mine works fine, except for MAYBE the keyboard, or maybe I just dunno wtf I’m doing – and then also I can’t connect to Wifi or SSH even with a hard wired connection – is it a problem of the system or am I doing it wrong? I can’t say for sure.

There are flaws as mentioned above, but I’m still playing with and enjoying my unit.

If I get my own roms installed I’d give this 5 out of 5 stars. Without my own roms, I give it like 3 stars, “good but not great”. Transferring my own roms is not the only issue, but it is the biggest issue for me in my opinion. There’s lots of other little issues but it’s a neat little machine with some fun games already loaded. Check it out and let me know what you think. Also if anyone has any advice for me on how to load my own roms and what I’m doing wrong please tell me lol.