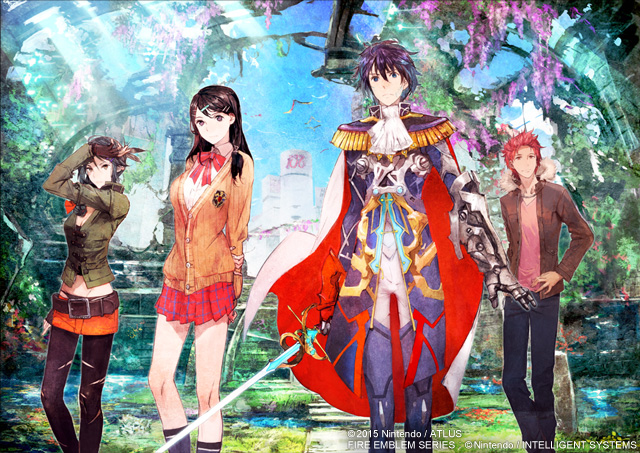 IGN.com describes Fire Emblem Fates as “Developed by the same team that created Fire Emblem Awakening, the new adventure adds challenges never before seen in the series and asks players to make decisions that will affect the game’s world in new ways.” They also tell us that the game, known as Fire Emblem IF in Japan was released as 2 separate games. Further research uncovers that these 2 versions feature completely different storylines and different battles as well. They were subtitled Midnight Sun and Dark Night Kingdom. Nintendo did not announce which version(s) would be coming over to the US at this time.

This is being developed by Atlus and Intelligemt Systems, but it sounds as if Atlus is leading the project. In an earlier interview, Shinjiro Takada revealed that it was very challenging to blend the two gameplay styles. He alluded that it will be a very different game than anyone is expecting. It’s been in development now for over 2 years. Take a look at the trailer that was revealed last month. Also note Shinjiro Takada has already confirmed that there’s going to be even more characters than those shown in these brief trailers below.