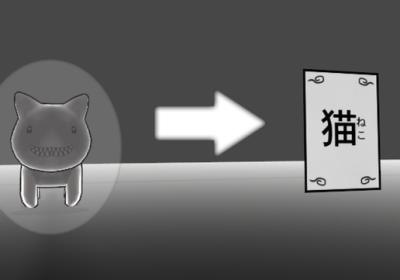 Koe is an upcoming JRPG styled game by an indie UK developer that is intended to teach players Japanese Vocabulary in a game that draws inspiration from Pokemon and Final Fantasy.

The game has already reached the funding goals and there is already progress being made. The dev team has run into some delays but hope to soon release a demo to those who have backed the game via kickstarter or paypal.

The developers also note that all of the artwork is placeholder at this time and will be replaced in the final version. It looks like quite the interesting, and perhaps educational, little game. Check out the trailer below:

The developer of Koe Stresses that this is first, and foremost, an entertaining game, more so than an educational tool.

Essentially, what I want to do in the game is give you an introduction to the Japanese language within the game itself. I know people who are interested in this style of gaming, as well as Anime and Manga, and who have wanted to learn Japanese because of it, but have no idea where they should start. So why not a fully-fledged story-driven JRPG that gives you a nice start with the language itself?

Before I lose you with the education side of things, I want to tell you that the game itself is a game before anything else, not a flash-card application nor a voice recognition translator, but rather I have put the game, and therefore the gameplay, before anything else. This means it plays like a JRPG, there are random battles, bosses, a story, pets, wizards, cities, houses as well as cats and you will play through collecting items, experience points, weapons and everything else that comes with a traditional JRPG.

And then there’s this statement also from the developer:

Well then, how does the Japanese language exactly fit in to Koe? Well, it comes in the form of items. All items in the games are basically Japanese words that are initially taught to you using communicative language teaching techniques, which is easier said as “you don’t really have to be taught anything, you’ll learn the words from using the items” but, obviously, most of the game and descriptions will be in English because this is an introduction to the language, so the game will help you every step of the way, though don’t expect any help when you’re out of cures and almost killed by a 2-headed dragon.

Koe features a traditional turn-based battle system, where you are given Japanese words from various sources (NPCs, chests, monsters, shops etc) and you use these words as moves in battle, you can even combine them to make sentences for better moves! For example, you may get the Japanese word for the traditional Japanese sword, katana/かたな as the item below.

You can then select this word in battle to vanquish enemies.

Those two quotes pretty much sum up what this game is about.

It is important to note that this game has suffered from massive delays, nearly 2 years worth of delays already. However; the developer is very active, last posting on kickstarter 6 days ago, and he (or she) is also active on reddit as well.

I think the game looks interesting because, although there are other games that strive to teach you Japanese such as “My Japanese Coach” they are not as “gamified” as this title aims to be. I’ve dabbled in numerous games, online tools, and text books to try to learn Japanese, but I always become bored, frustrated, or quit, and retain very little of the vocab learned. I think this could be a game changer for those of us who want to learn Japanese to play more JRPGs that never received an English translation.