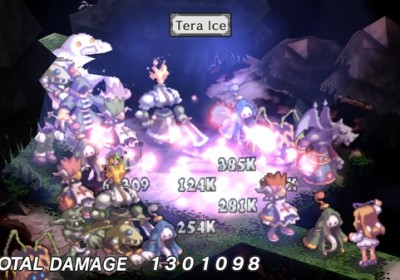 Disgaea is a cult classic Strategy RPG by Nipponichi and now, for the first time ever, PC Master Race players (those who refuse to play on a console) are about to experience this epic game series.

Technobuffalo recently reported that this is the “definitive” edition of the first Disgaea game, “Hour of Darkness” because of not only the new HD graphics, but also the bonus content that was previously only available in the PSP version “Afternoon of Darkness”

Steam already has a store page set up; and an expected release date in February 2016.

According to the Steam store page, the game will include Japanese and English audio, as well as Japanese, English, Chinese, or Korean text, making it a world-wide edition.

Also in the announcements on the steam page, users will be able to choose from the old “pixelated” graphics, or the new HD graphics, OR mix and match between the two – such as choosing the old character sprites, but using the new HD environments. The interface has also been enhanced for PC play.

For those who have never played Disgaea, or even long-time fans who want to have a copy in their steam library, this is very exciting news.

Here is some info taken from the Steam Store Page to help explain what this game is all about to new players, and to show long-time fans the new features in the PC port.

Two years after the death of his father, Overlord Krichevskoy, the demon prince Laharl awakens to discover that the Netherworld is in turmoil. With unlikely allies, his devious vassal Etna and the angel trainee Flonne, he must battle his way to supremacy to retake the throne and become the next Overlord. Experience the SRPG classic, now on PC!