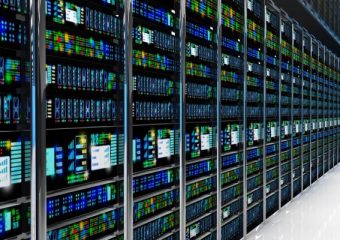 Ever since the infamous DDoS Attack on Sony’s Playstation Network back in 2011, the gaming industry has seen a sharp increase in DDoS Attacks including but not limited to attacks on Warcraft, League of Legends, Xbox, Nintendo, Microsoft, and many more. Game servers need to give special consideration when it comes to implementing DDoS protection.

A DDoS Attack or Distributed Denial of Service Attack, is a strategy which attempts to shut down a network by flooding it with traffic. The traffic often comes from a group of systems which has been infected with a virus or trojan. These attacks typically happen due to the gaming server having outdated, misconfigured, or conflicting security settings which the hackers can then exploit to execute their attacks.

Everyday more than 150 million people around the world play online games; online gaming has soared into a multi-billion dollar industry with players from North America, Asia, Europe, and all around the globe logging in and connecting simultaneously. The game servers are usually tested to withstand a certain threshold of activity, and new servers added or closed as the game ages and audience and traffic changes. However, a gaming server can easily be over taxed by sudden spikes in traffic, making it a juicy target for DDoS attackers.

Often times, single player or competitive teams are also targeted by DDoS attacks when it comes to online gaming tournaments. Some players use these attacks to get an unfair advantage, while others use it as a ransomware attack where in the player must pay money to remove the threat. We even see these types of attacks on Twitch and similar streaming services where a group will flood a user’s twitch stream to interrupt their gameplay and live stream. Since many people are “professional gamers” and earn a livelihood by streaming or competing in gaming tournaments, these attacks cause lost of wages as well as frustration.

Gaming is a prime target for DDoS attacks because so many games require online connectivity, and so many gamers have an emotional connection to their favorite games which increases frustration and havoc when the attack hits. Gaming servers are also easy to disrupt, because you do not need to fully take a server offline to render it unplayable. Attackers can simply disrupt the server to the point where lag renders the controls unresponsive and interferes with gameplay.

In the case of Sony, gamers took the company to court and won a class action lawsuit costing Sony millions of dollars. This proves that Gaming networks are liable and responsible for delivering uninterrupted service and taking appropriate precautions to help mitigate such attacks.

Also, as Sony has proven, it’s not just PC games which come under DDoS attack. Console games and even mobile games are also at risk.

Gaming servers often require special consideration when it comes to implementing security measures to help mitigate these attacks. Since many DDoS bots are becoming more sophisticated and mimicking human player behavior, many gaming companies are forced to decide between stricter security measures which could trigger false positives and block access to the game for many legitimate players, or to lower their defenses and make the game widely accessible to players all over the world, but at the risk of also being accessed by bots and attackers.

There are three basic types of DDoS attacks:

Volumetric Attacks are the most common type of DDoS attack. They work by throttling the bandwidth causing the servers to shut down by flooding them with high volumes of constant traffic.

Protocol Attacks target the infrastructure and resources of a server, such as the firewall and load balancers.

Application Layer Attacks target security vulnerabilities in Apache, Windows, and OpenBSD. These attacks mimic human behavior and perform a slow and steady string of seemingly innocent requests that overtime will cripple the server.

How Can You Protect Your Server from DDoS Attacks?

You can help protect your gaming servers from DDoS attacks by implementing additional security software or services such as those offered by KODDoS. KODDoS protects you from DDoS attacks by detecting and blocking the attack in less than milliseconds ensuring that your servers remain online and without interruption of service. You also have access to a team of DDoS experts 24/7 who work to monitor incoming attacks and implement solutions in real time or on demand giving you around the clock DDoS protection.

KODDoS works to protect against all types of DDoS attacks by using many layers of filtration to mitigate the attacks. They have a large 400Gbps network, which once the traffic hits their network, they apply ACL rules to block malicious traffic at the edge of the network.

The traffic then reaches a scrubbing center and is filtered based on different signatures and predefined traffic patterns. Each packet is analyzed to ensure no malicious traffic reaches the client’s servers. These methods work to protect against layer 3/4 attacks as well as layer 7 attacks which are harder to detect and which target applications and web servers using only a small amount of bandwidth.

They have a full range of DDoS solutions ranging from plans for web hosts, VPS networks, remote servers, or enterprise dedicated servers. With pricing starting at just $39.99 a month.

You can also contact them for a free consultation to help decide which of their services are the best fit for you.

Check them out at https://koddos.net/