GeekySweetie
Featured, Film and Television, TV and Film
No Comments 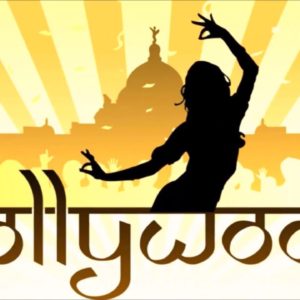 5 Bollywood Movies based on Sports and Games

Bollywood movies are interesting and entertaining too. With a pan India appeal, we have movies on unique concepts, issues, emotions, and messages too. One such genre which has always been the fantasy of movie-makers is stories based on sports. We’ve had movies based on card games like the rummy game and indoor games like carom too. From sports related stories based on true events from the pre-independence period to the grit of the Indian women’s hockey, we’ve our esteemed storytellers adept in their craft weaving mesmerizing stories and bringing them to life are the extremely talented actors of the industry.

In this article, in no particular order, we’ve tried to bring to you some of the important and iconic movies based on sports and games field.

This Aamir Khan starred movie was released in 2001. It was the third Indian movie nominated for the Academy Awards under the Best Foreign Language Film. As a critically acclaimed movie, it is a sports-drama with cricket being a pivotal subject in the movie. Winning several international awards, Lagaan went on to become the biggest box office hits in 2001. The storyline is how the farmers of a village are burdened with high taxes and as a respite to the situation they are pulled into a cricket challenge by an arrogant officer of the Champaner cantonment.

Released in 2007, starring Shahrukh Khan, is based on hockey. Based on the fictional story, the film is about the Indian women’s national field hockey team  which was inspired and won at the 2002 Common Wealth Games. Having won several awards including the National Film Awards for Best Popular Film Providing Wholesome entertainment, Chak De! India is considered to be an iconic movie based on sports.

This 1971 move of Dev Anand is based on card games. The story revolves around the main protagonist, Raja, played by Dev Anand who is abandoned by his biological mother at a very young age. The story further goes to narrate how he picks up card games and becomes rich and highly successful in it. Even to this day, the movie is a favourite among card players who play rummy and win cash who love it for its thrilling storyline.

As a biographical sports drama released in 2016, this Aamir Khan starrer movie is loosely based on the story of Phogat family – about Mahavir Singha Phogat, an amateur wrestler and how he trains his daughter to become world-class female wrestlers. The movie received positive response both from critics and the public.

Based on the life of Indian athlete, Milkha Singh, this movie was released in the year 2013. The titular role of Milkha Singh – national champion runner and an Olympian was played by actor Farhan Akhtar. Having achieved commercial success both in the domestic and overseas market, the movie was one of the biggest grosser’s of the year.

While Bollywood filmmakers continue exploring sports and subject for telling interesting stories, sports like hockey, cricket, badminton and games like online rummy game, chess etc. all going to lend interesting plots for the audiences to enjoy.