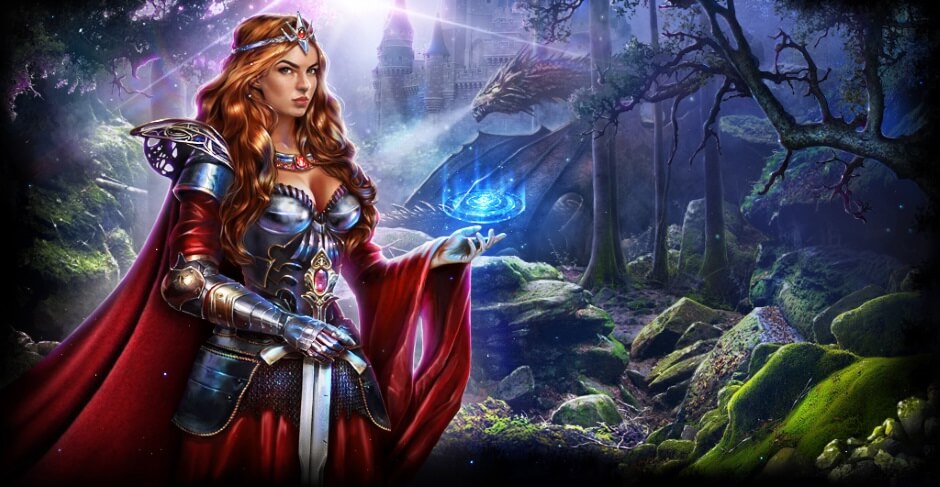 Platform: You can play it directly in your computer browser. Or they also have a mobile app for both android and IOS when you are on the go.

Where to Get the Game: It’s free to play and you can find the apps or browser version at the official website. Link at top of this post.

Geeky: 5/5 The ability to lead huge troops and the skill tree and city building aspects make this game high on the geek list.

Sweetie: 3/5 It’s a “pretty” game, but there’s not much “cute” – there’s also not much customization as far as appearances go. The story although funny, is mostly just there to move you through the quests and progress through the game, and not there to give you a sense of who’s who, why your kingdoms are at war, or about the lore or setting in the game world.

Concept: 9/10 Stormfall is a smart, sarcastic, witty, funny browser game which offers a large variety of quests, areas to explore, massive scale combat, ability to customize which research you take on, an awesome musical score and beautiful lush graphics with voice acting by a smart-alec narrator. While it does little to innovate the strategy genre, it is still a fun game for anyone who loves these city building types of games, and the high production values will keep you entertained, while daily quests and lots of things to see, do, build, and explore will have you replaying this game often.

Gameplay: 10/10 Like most strategy games, there is a city building aspect which the game introduces early on. You build farms to feed your troops, iron mines to get materials to arm your troops, and earn taxes to help fund your troops. You build libraries to research magic, and other structures to help build new types of weapons, armor, and unlock new units to add to your armies.

There’s also a skill tree element called the “Art of War” where you can customize which talents you learn, learning them in different order will branch off to letting you learn different skills, such as fortification, bows, thieves, trading, smuggling, etc. This is where a lot of the initial strategy comes into play.

The tutorial really helps new players jump right into the game and learn the mechanics. The narrator keeps the game entertaining and gives it a fresh perspective. From research, to city building, to intrigue, alliances, and battles, this game offers many options to let you take charge of your kingdoms.

The user interface is clean and intuitive, and combat feels dynamic but yet not overly complex or frustrating. The game has a good sense of balance between building and researching and battling to progress your kingdom.

Story: 7/10 – This game cracks me up – it is so funny LOL. You’ll see the humor right away within the first few seconds of the tutorial. The humor is accented by great voice acting! I’ve never seen a strategy game take such a sarcastic approach. It’s very refreshing! It makes it stand out in a sea of similar mobile games. It makes it unique and memorable and keeps me playing for longer. Beyond the humor though it seems like not much is revealed about the world, characters, lore, history, or setting of the game.

Characters: 3/10 The only character that’s given much personality is the narrator. I kinda feel this is a missed opportunity, as your advisers could have been given much more personality, and dialog even if it was only written and not voiced. I also think the game is missing a gameplay element by not letting you “recruit” advisers or having some bonuses/enhancements for different advisers, or aging/dying/marrying/mentoring etc of advisers, like many other games in this genre offer.

Graphics: 10/10 – The game is brought to live with beautiful detailed 3D environments and rich fantasy artwork and animation.

Music: 10/10 – For a little mobile/browser game, this game has some seriously wonderful music. It reminds me a lot of the music from Lord of the Rings or the Hobbit. Very pretty and the same “fantasy” vibe. It’s very dramatic music. There’s a good variety too, from very intense drum solos, to calming harp-like music.

Voice Acting: 7/10 – I’m surprised there’s voice acting throughout much of the game, and it’s actually pretty good. I like the tone, humor (at times), and deliverance throughout. However, very few of the key characters in the game are voiced and voice is given primarily through a narrator.

Community: 10/10 – Whether it’s chatting in game, forming alliances, recruiting your friends, joining a league, trading at the market, or using the official forums this game has a great sense of community that offers a break from the routine tasks of managing your kingdom.

Replay Value: 10/10 The daily quests, and sheer amount of things to build, do, and learn about this game make it worth logging in daily to work on your kingdom.