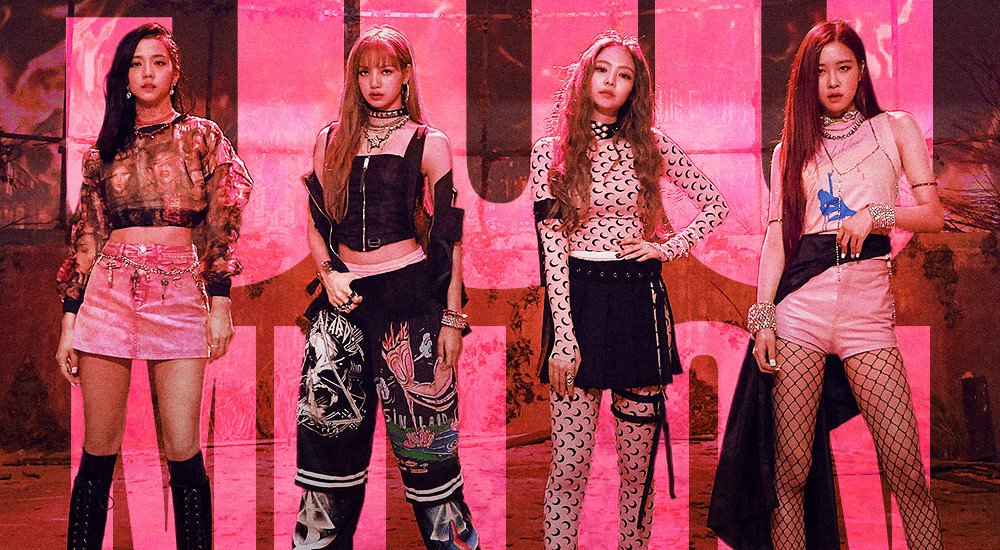 It’s that time again. Time to share with you what I’ve been listening to this week. The first song on the list actually isn’t a KPop song. Are you shocked? lol. But I did discover it when I saw a cover of it by an Asian youtuber. So there is that.

Here’s the cover I found. Not as good as the original, but still pretty decent.

This is one of my favorite BTS songs and there are a lot of great English Covers Out there. But first, here’s the original by our boys BTS

My favorite cover is this one by Emma Heesters

I also really like Elise Silv3rT3ar’s version. Her lyrics are different. I think maybe all the songs on the BTS albulm revolve around the story of Smeraldo? Because in Elise’s version she says “I grew a flower that could never bloom in a dream that could never come true” and in the song I shared last week, The truth untold it’s about the legend of the Smeraldo flower. And both songs are about hiding your true feelings.

Last week I shared a few other covers by Ysabelle; here’s her English cover of BTS Fake Love.

Shayne Orock has a ton of anime and Kdrama covers and he is just a young kid. He’s probably like Justin Bieber’s Age when Bieber was discovered by Usher on Youtube. And he sounds better than Bieber did at that age I think. I know he’s done some concerts in some Asian speaking countries – I’m not sure if he’s Korean? He looks different, bone structure wise than most Koreans, but maybe that’s because he hasn’t had much plastic surgery that’s so popular over there? His covers are great, Fake Love is one of his best covers in my opinion.

Awhile back a contestant on the X-Factor UK also did an English Cover of Fake Love at Simon’s house.

And later she went on to perform the song also at the live shows.

Honestly, I don’t really like her voice that much, but she is only 16, and to perform that song on TV at such a young age, she is pretty incredible.

There’s even a heavy metal version… wtf? really? lol… really. Even weirder it’s in Korean still and performed by a bunch of young white kids… This is just too weird lol.

Even weirder… there’s a cover by an Asian guy in English, done in an R&B style – I actually, love this one. It’s so good. His lyrics are completely different. I like his voice.

Back to some normal sounding covers, here’s a cover by shimmeringrain

Here’s another version by Sybass – he needs to work a bit more on emoting more, having more emotion behind the words he sings, but otherwise, it’s really good. He just sounds a bit like he’s reading lines, instead of feeling the emotion behind the song.

Astra King is a bit too auto-tuned for my tastes, but not bad either.

And the men love auto tune too. It’s a bit much, but sorta interesting lol – Is his name Teflon Sega? Why not, I guess right? I mean bands often put together random words for their names right? lol.

This one by Amy B is good because it uses real instruments which gives it a neat feel. Her English pronunciation isn’t very good though.

This one just posted about 12 hours ago as of June 6th when I’m working on this blog post. It only has 3 views right now. She’s pretty good, better than just “3 views good” lol.

There are hundreds of other covers of this song on youtube, maybe the most covered song ever.

This is a brand new video, just uploaded 15 hours ago as of my writing this on June 6th. It’s mostly in English and the boys are cute and their dancing is great. It’s the 45th most trending video on Youtube and has almost 2 million views, probably much more than that by time you read this post.

Last week, I shared the “other Beautiful” cover by Daryl (the one from Goblin). I’d never heard of him before. But after exploring his youtube channel for a bit, I discovered he’s really talented and apparently was made internet famous by season 2 of the Voice (Philippines version)

Check it out here:

5. Dancing On My Own – Cover by Daryl Ong

I love the original song by Callum Scott, so it’s no surprise I also love Daryl Ong’s cover.

Well, first I found this lyric version here, which is in English… and I think it’s Monsta X singing; we know they are fluent in English because of their first English song “Play It Cool” which I shared last week. But I can’t find like any official videos for this version, so maybe it is just a cover? It’s good though. This song in general is a bit “hard” for my tastes, I prefer more “pop” sounding music instead of rock, but I really like Monsta X. (even though I’ve only been a fan for like 2 weeks now lol)

Here’s the video in English.

And here’s their official music video, which is mostly in Korean:

7.) Ed Sheeran and BTS Collabs – Happier and Make It Right

So apparently there’s been 2 collabs between Ed Sheeran and BTS. The first is from last year, called Happier, I think BTS is singing backup on some choruses, and of course they’re featured in the official music video.

and more recently there’s a mostly Korean song called Make It Right – which was I guess written by Ed Sheeran? Not sure if Ed actually sings at all in this one. Maybe he’s playing his guitar

And there’s an english cover already here by Jeffrey Chang:

And another English cover by Huwe here:

This song has over 800 MILLION views on youtube… and it’s easy to see why. These girls are so fierce.

Emma’s voice is perfect for this song I think. And Ysabelle can rap really well with her deep voice. This is my favorite English cover of Ddu Du Ddu Du. They have over 2 million views. You go girls :).

I can’t figure out this next video… uploaded by a user named rotschaa… The comments on this video seem to indicate that it is actually Lisa and Jennie singing – and therefore not a cover? Most of the people don’t like the lyrics. Someone pointed out that the lyrics are actually about rapping and making money, because all of the things are actually old-school rapper’s names. Ice-T, Hi-C, and OG, and “More Juice than Hi-C” means BlackPink makes more money. – The person who uploaded this video said the lyrics are “Bitch, I’m a star, but not Patrick” (spongebob reference), but someone said the actual lyric is “Bitch, I’m a star but not perfect” which would make more sense and be less funny lol.

Anyways, if that really is Blackpink rapping, and not just a cover, I would really like to see them release a 100% English version, because this is my favorite Blackpink song, and the girls have excellent English pronunciation. Aside from the Patrick/Perfect line lol.

Shimmeringrain has a cover here, and her lyrics are pretty close to the original song too.

Joytastic Sarah has a cover too. I feel like this song isn’t quite right for her, because I really enjoy a lot of her other covers, but this one is just lacking something in my opinion. Still better than anything I could do though lol so who am I to judge right?

A new (to me at least) girl covering Kpop songs, Charlotte Hannah, tries her hand at a Blackpink cover here.

She’s using Joytastic’s lyrics from above. And this song suits her a bit more than it did for Sarah in my opinion. You have to be a badass chick to get the same attitude of the original Korean version.

And here’s a cover by Bricie

Ah apparently the “English Rap Version” from way up above, is from the Japanese version, and is by the original Blackpink.

Zhazah Chan’s cover is pretty good – her lyrics are different – I like when people write their own lyrics. She only has 700 views. Check it out below.

Alright, this is actually pretty amazing LOL. Someone just lowered the pitch of the original vocals… and now it sounds like a boy band, maybe similar to BTS….

Here’s another English cover, her pronunciation is a little hard to understand in some parts.

Just so you know, I don’t listen to “only” Kpop. I listen to literally everything. No lie. I’ve seen Flogging Molly 3 times live. The first time, my best friend had won 2 free tickets, and originally was going to take her then, at the time, boyfriend, but they broke up before the concert, so she let me go with her instead. I’d never heard of Flogging Molly before then – this was back late 90s/early 2k. I had never really been to a Punk Rock concert… and we had general admission… and the mosh pitt was crazzzzzzzzzzzzy. We tried to stay back against the wall to keep from getting trampled lol. My best friend knew another couple who were going, and the guy took off his shirt and rushed into the mosh pitt while we three girls just kept back lol.

Irish punk rock, is very interesting. … This is my favorite song by Flogging Molly. Check it out below.

I’d never heard the original by Air Supply, and just stumbled upon this cover by Daryl Ong. I really love the lyrics… I feel like it describes my relationship so perfectly…. 🙂 And I looked up Kita Kita, and it’s apparently a romantic comedy from the phillipines about a blind woman who has given up on finding love, but of course, falls in love through the movie. I want to watch it now.

I went back and listened to the original by Air Supply and I actually prefer Daryl Ong’s version more. What do you think?

What are you listening to this week? Share a link in our comments section below – Also if you do English Kpop covers, send me a link to your youtube channel, maybe I will feature your video in an upcoming blog post.