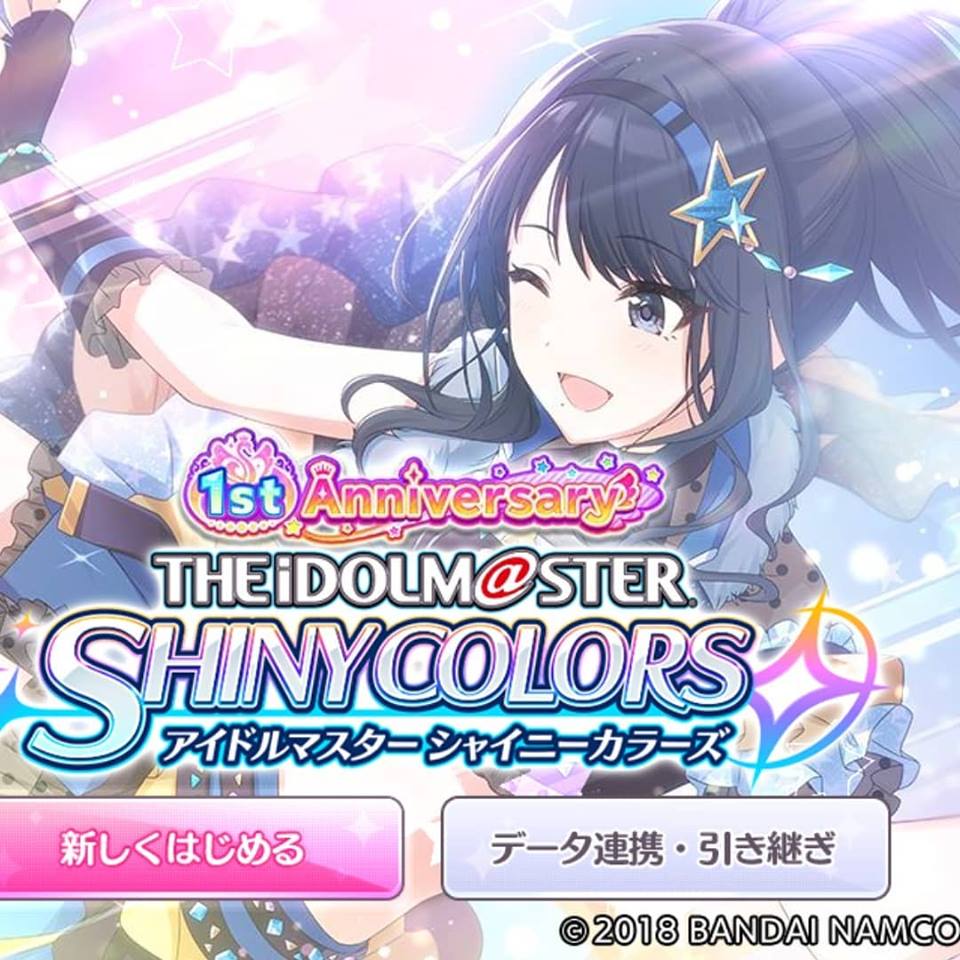 Please note – I did not realize this when I played, but on your first 10 play gacha, you get UNLIMITED REROLLS by pushing the YELLOW BUTTON on the left. Once you are happy with your cards press the PINK button on the right. I didn’t know, I pushed the pink button and I only had one SSR. I have been thinking about starting over (and still might) but I think I had some pre-registration bonuses and other things I don’t want to lose by restarting the game. So definitely do not push the Pink button until you have the cards you want.

Collecting and dressing girls is the main appeal of the game. But what do you do once you have a team of idol girls? You can plan their schedule – like a true sim game. You can have them practice, give interviews, or other activities to promote their stats.

The stats also can be increased in a final-fantasy-style skill tree system where you spend skill points to unlock stat-bonuses like +20 vocals, +30 dance, +20 vitality, etc. Depending what “path” you take in the skill tree your girls will develop in different ways.

You have one main girl, and several other backup idols. The main girl is the one to gain from this skill tree system.

Performing a live show is quite different from other mobile idol games. It’s more almost like an RPG battle. You tap a girl’s face below the stage and then tap a “skill” along the left such as vocal, dance, etc. Then a colored bar will appear on the screen, try to time it right and tap the screen when the needle on the bar is in the white color. White will give you the highest bonus. Purple the least, and yellow a medium boost. You can also “link” your girls’ actions to perform together in one attack. On the right hand side of the screen are some other bubbles. i think, but could be wrong since I do not read Japanese, but think that you are competing against other idols, and as you perform these skills you can defeat the idols to the right hand side. But if you miss, you will notice your own idols on the left dropping off the screen. Once all the idols either on left or right are gone, the performance ends.

The artwork in the game is very kawaii, and SSR and higher cards have movie animations, both when retrieving from the Gacha and also when performing a live show. All of the idols are animated with Live 2D which brings the characters to life on your screen. Many of the cards have “multiple characters” on one card, and when performing a live show, or meeting the idols out in town, you may see special scenes featuring the characters all together.

The voice acting and music is also top notch as you would expect from an idol game.

Replay value is high due to limited time events that offer rewards such as gacha tickets and gems.

My only complaint is a lot of the gacha are for paid gems only. However, the gems are fairly cheap, you can get a few hundred gems for under $10 – I haven’t bought any yet.

Will we see Idol M@ster Shiny Colors get an English release? Probably not. They tried years ago to release some Idol M@ster games in English and it flopped – however, they wanted $65 for a mobile game – And worst of all, after it flopped, they pulled it down and even if you had paid for it you could no longer play it!!! I wish they would try again but with some of their “FREE” mobile games, either Shiny Colors, Theater Days, or Cinderella Girls. — But my hope is slim… However there are 2 things that give me a little bit of hope. 1.) They seem to understand that there may be English speaking players playing Shiny Colors, when the visual novel aspects come up and the choices appear, they show in English an emoji and English words that say “Perfect” “Good” “Normal” so even if you can’t read the choices you can pick the best response still. And when purchasing diamonds, the currency is shown in US Dollars, not in Yen, which is odd. I’ve literally never seen that ever before in any Japanese games. Which is a nice touch so I don’t have to try to convert it, if I ever decide to buy diamonds. And 2.) I have hope because we are getting more and more and more English idol games, with the upcoming Revue Starlight Re LIVE, or last year’s Bang Dream Girl’s Band Party and Utapri, or the ever popular Love Live School Idol Festival, we continue to receive more and more games in this genre, but we have yet to receive any of the free Idol M@ster games… Shiny Colors is only a few weeks old in Japan, maybe in a year or two we could hope to see an English release? But it is still fairly easy to play even in Japanese. But it would be nice to be able to enjoy the story! I’d be more likely to buy paid gems if the game was in English.

Sweetie: 5/5 – the girls are adorable

Gameplay: 10/10 – finally a true simulation game, similar to Princess Maker or Tokimeki Memorial, you schedule your idol’s activities and watch their stats grow. I enjoy this much more than just a tappy tap rhythm game. Your girls develop in different ways based on your choices and I love that.

Story: 0/10 – I can’t read Japanese so this may not be a “fair score” but until an English version exists I can’t judge the storyline.

Music: 10/10 – of course a game about idols is going to have catchy and cute music.

Replay Value: 10/10 – Lots of events, they give a lot of SR tickets and free Gems and the fact that this is a simulation game also adds replay value because the girls change based on decisions you make.