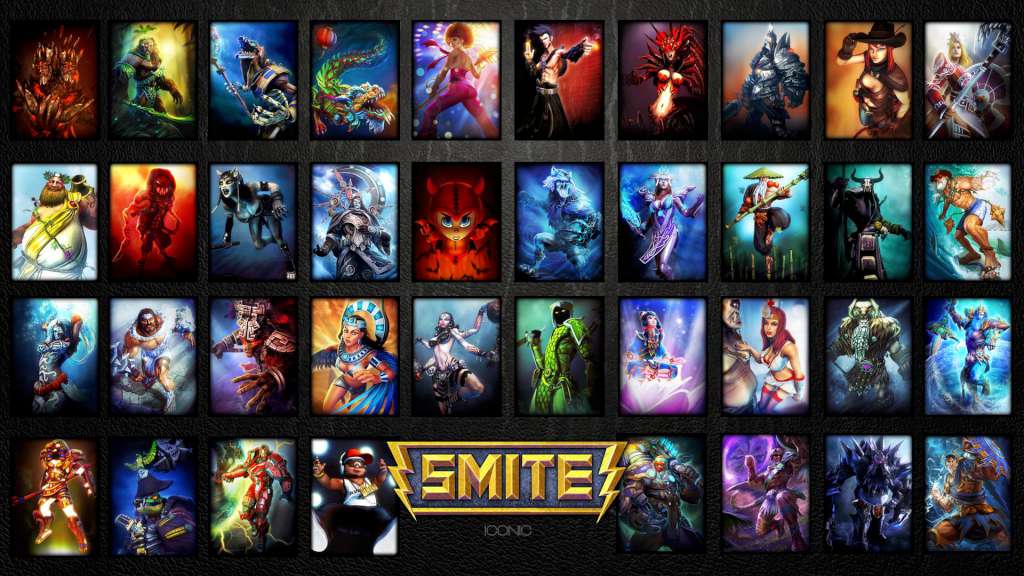 I began playing Smite with a friend last week. It’s my first time playing a MOBA game. I’ve avoided them because I heard how competitive they can be, such as league of legends. I’ve been playing it for a few weeks, but only last week for any real length of time or effort. Sorry if you played with me the last few weeks; I’m sure that I cost you to lose some matches, because I had no idea how to play for the first few weeks. I still don’t really, but I’m getting at least a little better. It does have a kinda steep learning curve, well for me at least. You have to understand, I typically go for “artistic” games which emphasize story over action – in fact some have no action at all, while others have “turn based combat” – so for me to be in real time combat and have to be “situationally aware” also known as “standing in stuff is bad” lol, well it takes some getting used to!

But eventually, you do get used to these things. And when I stopped dying every five seconds, and learned how to play, and also, bought a mouse (I was playing only with keyboard at first), well then I began doing better, and having fun.

Developer: Hi-Rez Studios (they’re also the publisher of this game)

– High marks for character customization and “cute” graphics and characters. Loses a few points for no story (not that games like this need one).

Concept: 10/10 After about “20 hours” of play time, here are my initial thoughts on this game. First off, it’s free which is great! There’s lots of different game modes which makes it fun. You can play with people online, which could mean, you can group up with your friends, or join a search to get matched with random users online, and then also either play against friends, random users, or even AI computer controlled opponents. There are a ton of different characters, fitting different “roles” such as tanks (called guardians), mages, rangers, assassins, melee DPS, or hybrid roles. Not only are the roles diverse, but so are the characters’ appearances, and made even more diverse by unlocking or purchasing dozens of different “skins” for each character. There are achievements, both within the game, as well as steam trading cards, and different ways to progress through the game. You get rewards even just for logging in every day (like a lot of free or mobile games give to their players), so you could unlock different characters and/or costumes without having to purchase from the cash shop if you wanted.

Gameplay: 8/10 – As I mentioned, there is a tiny bit of a learning curve if you’ve never played a MOBA, or if you’re not used to fast paced competitive and action oriented gameplay. However, through trial and error, you’ll quickly learn to play (and not stand in stuff) (and learn when to run back to base to heal lol).

In the game’s defense, there is a really nice tutorial that walks you through many different game modes. I should have spent more time in the tutorial before rushing out to play with other people online, but let’s be honest, playing with other people is more fun.

There are different game modes including Arena, where you kill gods and minions or escort your minions to the other team’s “goal” (which is a giant portal), while defending your own portal. The other game modes all involve pushing past the enemy defenses by destroying their towers and defending your towers. The other game modes differ in how many “lanes” each map has. Some only have one lane, while others have 2, or 3 lanes.

Some game modes allow you to choose which character you want to play as, while others randomly assign a character to you. You have to be fast to select your character, for one thing, you’re timed, but more importantly, if someone else chooses that god, it becomes unavailable to you for that match, first come, first served.

The different characters all have different abilities and different strengths and weaknesses, so finding one that matches your play style, can be a bit of trial and error at first. I prefer rangers because I can attack and be mobile at the same time, and I can let others take the brunt of the damage.

Anyways, gameplay typically consists of dividing up who to go where in the “lane style” games. You’ll likely be asked to help defend and push through one of the different lanes. Since most matches have more players than lanes, you might have another player to assist you, but not always. The game however, will spawn minions for you (as well as for your opponent), and you can let them charge ahead to take the damage from the enemy towers while you help destroy their towers, gods, and minions.

If at any time, you find yourself overwhelmed, your minions defeated, or low on mana or health, you can return back to your base to heal and also to purchase items, equipment, or upgrade your skills (you can also upgrade skills outside of the base too but inside the base you can take a few minutes to plan your next move.). You can also set skill and item purchases to “auto” which is the default setting. This allows you to not have to worry about remembering to spend skill points or gold, but forces you to give up the customization aspects of building your own character. Because of the fast action nature of this game, I find it easier to just leave everything on auto which lets me focus on the action instead of worrying about the particulars of my character.

These “lane style” games end whenever one team’s “Titan” has been destroyed. To reach the titan you must focus on defeating towers and phoenixes. There are also smaller camps of monsters that award various buffs to your team members.

Arena is much more “free for all” – it’s a small map with no lanes, no towers, no phoenixes, etc, just you against the other team, in an almost olympic sport like event as you try to feed minions into the opponent’s portal while keeping minions out of your own, and killing as many enemy players as possible to earn more points. The arena matches end whenever one team’s point total is taken to zero. The team who still has points remaining is the victor.

In all game modes, your character will always start at level 1 and then quickly gain experience and gold. As you gain levels your character becomes stronger and you can spend skill points to upgrade their abilities or use the money you’ve earned to buy new gear.

There are ranked matches and “tournament seasons” as well for more competitive players – I’ve not tried these features yet.

As mentioned, the game lets you play online with friends, with random users, or with, or against, artificial intelligent “bots”.

There are also special in-game events that unlock gods for you to play temporarily or award you with new skins, icons, and achievements.

Story: 1/10 – There’s really no story, which is no surprise given the nature of the MOBA genre. There is some loose overarching theme and a bit of backstory for each character – the main idea being that they are all different gods from different cultural mythology, ranging from African, Egyptian, Roman, Chinese, and many more. This concept is rather interesting, but by no means has any real impact on the game.

Characters: 8/10 – Although there is no story (aside from a brief blurb about the mythos that your character represents), so no character driven dialogue or much personality here (aside from each character being voiced and having numerous taunts and sayings that they will repeat as you play), there are a ton of characters.

Character customization is also fascinatingly high in this game, both from a visual standpoint (if willing to spend money in cash shop or work to unlock skins), but also from a technical standpoint by allowing you to choose your characters’ skills and progression as well as equipment each game.

There are dozens of different character classes as I mentioned above, ranging from melee, to tanky types, to ranged or magical DPS. Each one, although maybe similar to some of the others within their “class”, also displays it’s own unique abilities and strengths and weaknesses.

Many characters will be locked and unavailable to you unless a special event is going on, or you choose to purchase the character via the cash shop or with special in-game currency.

Graphics: 9/10 I’m giving this high marks due to the different skins, also the animations and effects are cute and clever. The graphics aren’t amazing by any means, but they’re not bad either, about average, or what would be expected of “next gen” games these days. The graphics show a lot of personality and endear the characters to the players.

Music: 8/10 The music is actually pretty good! But I have to deduct a few points just for a lack of variety in the soundtrack, either through a low number of tracks available, or a general feeling of “sameness” between a lot of the music. However, the music is fitting well with the theme, of mythology and gods and mystery. It has a large and vibrant feeling like you might expect when walking through temple halls dedicated to Zeus or Ra or some other long forgotten god.

Voice Acting: 7/10  The characters are all uniquely voiced and it adds more personality and charm (something this game has in spades). Your characters will spout off short one-liners when you take down an enemy, when they get defeated, or when using different abilities. There’s not a ton of voice acting, and there aren’t any deep, emotionally driven lines delivered here, but the charm that it adds to the game makes it that much more fun and unique.

Replay Value: 10/10 – This is a game that you pick up and play for 20 minutes, or easily sink several hours into at once. There are so many different characters to try, as well as different ways in which to customize the abilities and equipment of those characters. Combine that with the several different game modes and the ability to unlock achievements, skins, and new characters as you continue to play. This keeps the game fresh, exciting, and accessible which makes replaying the game very enjoyable.